AWMAC by Michelle Morrell
Michelle Morrell is the National Executive Director of the Architectural Woodwork Manufacturers Association of Canada. She can be reached at: michelle_morrell@awmac.com
As mentioned in our last column, the North American Architectural Woodwork Standards (NAAWS) 4.0 was released by joint sponsors, the Architectural Woodwork Manufacturers Association of Canada (AWMAC) and the Woodwork Institute (WI) on May 31. NAAWS 4.0 becomes effective on Sept. 1, and is available as a free download or hardcopy purchase at naaws.com in English, French and Spanish.
For those unfamiliar with the NAAWS, version 4.0 represents the best and most comprehensive, singular resource for the architectural woodwork industry across North America and beyond.
How did we do it?
NAAWS 4.0 was brought to fruition thanks to industry feedback and the tireless efforts of the NAAWS Committee over the last three-plus years (since early 2018).
The NAAWS Committee is comprised of four AWMAC volunteers - Scott McVittie, Martin Boutet, Jim Taylor and Nick Anastas, along with four Woodwork Institute volunteers - Mike Hansen, Ray Cerulli, Bill Fenstermacher and Wayne Alexander. Rob Gustafson supports the committee as Editor and Heather Zertuche as Secretary.
Unlike many other standards, which are rarely revisited to reflect the industry, every single line in NAAWS 4.0 was thoughtfully reviewed and updated for this edition by the committee. All industry suggestions were taken into consideration to ensure that NAAWS 4.0 would reflect the best practices for the woodwork industry internationally. Committee volunteer Nick Anastas, said that the new format for NAAWS 4.0 had to be geared to many different users such as manufacturers, installers, designers, and students to provide instruction, guidelines, and direction.
In addition, NAAWS 4.0 was rigorously tested during development.
Multiple cabinets using multiple types of construction and materials were built and tested. And Nick confirmed that nothing was grandfathered in without testing or re-evaluating from the previous version.
The committee was chaired by Kerry DePape until his tragic passing in 2019. Kerry was also heavily involved in the development of the previous NAAWS manual (version 3.1) and AWS 2nd edition.
Mike Hansen took over as committee chair after Kerry’s passing and has said that it was “a hard hit to our team and to everyone personally.”
Despite these challenges, Mike said the team continued to show up to do its job, which he said was “a commitment level that was exemplary to each other and the industry.” NAAWS Editor Rob Gustafson noted that Mike really “stepped up” in the role as chair, and “his capable leadership pushed us all through to the finish.”
Committee vice-chair Scott McVittie has said it took “a huge effort in both time and mental focus” to create version 4.0. And because of COVID-19, the committee was unable to meet in person during the heavy development stages of the manual. The committee joined the world online, holding over 50 virtual meetings to accomplish the goal of completing version 4.0.
Wayne Alexander noted that the virtual meetings were “not as effective and efficient as face-to-face meetings,” but the team stayed focused to bring NAAWS 4.0 to completion.
For anyone who has ever volunteered, you know about the large amount of effort and personal time that volunteers give to non-profit associations.
We at AWMAC are incredibly grateful for every NAAWS Committee volunteer and cannot thank them enough for their commitment and tremendous efforts over the years.
We also want to extend a big thank you to Rob and Heather for their dedication and support to see version 4.0 through to completion. Our industry has received a significant gift and has been enriched in a major way, and it’s because of this amazing team – thank you.
You can learn more about NAAWS 4.0 at naaws.com.
Proudly serving the industry since 1987 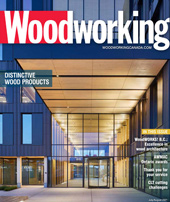 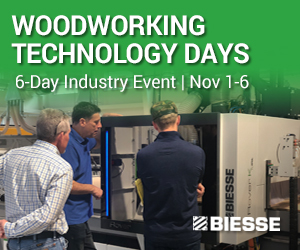