AWMAC by Michelle Morrell
Michelle Morrell is the National Executive Director of the Architectural Woodwork Manufacturers Association of Canada. She can be reached at: michelle_morrell@awmac.com
For the past 18 years, AWMAC’s Guarantee and Inspection Service (GIS) has served to ensure that quality architectural woodwork is delivered on every project.
In essence, a GIS project guarantees that a project’s architectural woodwork meets or exceeds industry standards. As part of that process, each project must be subject to a thorough inspection by an AWMAC Certified GIS Inspector (“GIS Inspector”).
Frank Wedman of the AWMAC Northern Alberta Chapter, has been a GIS Inspector going on ten years after spending five years serving on AWMAC’s  GIS Committee.
Wedman recently spoke with AWMAC about his experiences of being a GIS Inspector.
According to Wedman, the process of becoming a GIS Inspector was, although a lengthy process, a “natural transition” for him. He learned about the position from his predecessor who was looking for someone to take his place in the future.
The path to becoming a GIS Inspector is a long one as each GIS Inspector must have significant industry experience combined with a deep knowledge of architectural woodwork. They must pass a rigorous exam with a grade  of 95 percent or higher, and then undergo site training  with a GIS Inspector on at least four projects.
A GIS Inspector must also be extremely knowledgeable of AWMAC Standards, which currently is the North American Architectural Woodwork Standards 4.0 (NAAWS) manual. The NAAWS spells out exact woodworking standards.
Wedman, along with all GIS Inspectors, uses the GIS Inspector checklist for each site inspection. He looks to make sure that the hardware is correct for the application, and that a project’s woodwork is well finished and installed.
Wedman said checking for panel gaps is one area he must focus on. A common area where projects might not pass is when cabinet fillers are not filled on top.
One past issue, which resulted in many inspection issues was door alignment, which Wedman said is more or less a thing of the past. “There is surprisingly not that many issues in door alignment,” noted Wedman, saying this has improved dramatically over the years because contractors know inspections will look at that area.
Wedman said that he looks for issues of flushness and the overall quality of the finish when it comes to woodworking installs.
“Most of the errors that we see are installation errors,” said Wedman. “The manufacturers mostly use a very similar manufacturing process for their work, but it comes down to the discipline of the guys on site.”
Wedman said he sees a lot of millwork every year and that for a smaller project in the $100,000 range, he spends about an hour and a half on-site on average. For jobs over $100,000 and up to $500,000, Wedman said he spends four to six hours for an inspection. For multimillion-dollar projects, a typical site inspection takes between two to three days.
To begin the GIS process, a woodwork manufacturer must specify that they want the GIS and then the AWMAC grade required - Custom or Premium.
Manufacturer then contacts their regional AWMAC Chapter regarding the project, so that tracking of it can begin, inspections and reports are completed, and follow-up on compliance is conducted.
After this step, and once the supply and/or installation of the architectural woodwork complies with the NAAWS, a two-year guarantee on the architectural woodwork will be issued to the AWMAC manufacturer member.
As for the inspection itself, it is comprised of a shop drawing review, a sample unit inspection (if requested), and then a final fully detailed site inspection.
Wedman also noted that temperature and humidity reports are very important, as job sites often do not have fully-working HVAC systems, and some areas might be loaded with too much humidity.
About NAAWS 4.0, Wedman said that for him, it is more convenient to use the online version than to use the physical book, although he is happy that a hardcover was made available.
He also noted that we would like to congratulate “all of the people who worked on the manual.”  “I would say they did a brilliant job,” said Wedman.
To find more about AWMAC’s GIS, visit  www.awmac.com/gis 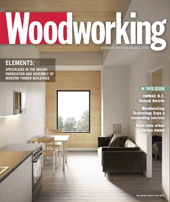 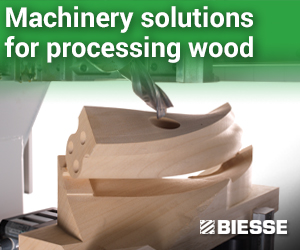